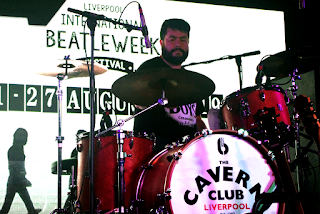 Lads! we were back again, Today I will introduce my great friend, David Beltran from Colombia! He is the drummer for The Nowhere Boys, Beatle tribute band who currently play in International Beatleweek 2019 in Liverpool, UK. He is very funny guy and intelligent, Hard hitter on the drums, I met Him twice at La Semana Beatle 2018 in Buenos Aires, Argentina and in International Beatleweek 2019 in Liverpool, UK. (There a bit story with Him I want to share, when we are Jamming in The Cavern club, Liverpool, He gave me his "The Nowhere Boys" T-shirts, which is really dope t-shirts, and He want to trade it like in football match, with my shirts, but at the time I was wearing my turtleneck t-shirt and our manager just buy that shirt and He will kill me if I trade it, because we will use it in other shows, so sorry David, I wish I can trade, I would love too!! but you know hahahah Love you man!!)
so let's start!

First of all, please describe yourself

I am David Beltran (born in Bogota, Colombia December 14th, 1976) I am lucky to have great friends and family, especially proud of my wife Martha (1984) and my daughter Sara (2004) who join me in all my crazy things. I'm a Graphic Designer from National University of Colombia. I consider that I was born 30 years late, because my passion for 60's and 70's music. I always had an interest for playing drums and learned on my own (after listening to Hot For Teacher -Van Halen- and Helter Skelter -The Beatles-) despite having studied music for a short period in Colombia Youth Symphony, I am also fan of comics, I have a project to make a graphic novel about an episode of the history of Colombia in the first half of the 20th century. Carpentry is also a passion that I have developed in recent years, I am learning it and love it!

How do you get into music? and How long have you been playing?

My parents lulled me with the music of their time. My father was an enthusiastic radio amateur and was aware of the music that was heard in the United States, England and Germany, so the spectrum of His musical taste was wider than the Colombian average (we are a more tropical than rocker country). That helped me and my sister growth with an infinitive love for Rock music, Classical music and Colombian Folk music.
We always had musical instrument at home; Guitars and Keyboards, but only when I had my first salary as a professional, I could buy my own drum set in the year 2000.

Who is your favorite musicians or role model that you look up to?

If we talk about drummers only, I have strong influence of John Bonham (Led Zeppelin) especially, also Buddy Rich, Charlie Watts (The Rolling Stones) Keith Moon (The Who) Alex Van Halen (Van Halen) and Stewart Copeland (The Police), but obviously Ringo Starr (The Beatles) is in a special place, He is my role model.

What instrument you have and play?

I've got a Mapex V series drum set with Zildjian Cymbals, I also got a "Marimba de chonta" this instrument is a type of idiophone with a more resonant sound and a more lower voice than the xylophone, originally from Africa and typical of the Colombian pacific coast.

What band are you playing now?

I am one of the founders of The Nowhere Boys (Beatles tribute band) a Colombian band created in 2010 in Bogota. The project was born to become the first Beatle role band in Colombia. in 2018 we participated for the second time (the first one was in 2013) in Buenos Aires, Argentina to represent our country in the "La Semana Beatle Latin America" being the winners of that contest, assured us a quota to represent latin America at "The International Beatleweek Festival" in Liverpool, UK august 2019.
in 2016, I won the best drummer award in the "16th Latin America Beatle week" in Buenos Aires, Playing with another Colombian Beatles tribute band.

About the music scene today, what do you have in mind?

Technology has been decisive in the evolution of music, for better and for worse, But we have the enormous responsibility of perpetuating rock in it's primary essence, keeping the sound pure and honest using technology without falling into ease. In addition there is a great universe to rescue from the forgetfulness of music of our parents, that we can teach our children so that they know what is the fuel that moves us to make music.

Can you named 5 (or more) albums that changed your life?

1. The Police - Zenyatta Mondatta
The first album my Father bought me

2. The Beatles - Abbey Road
It would be unfair to choose a Beatles album as the best, but this is the one I love the most, especially for the experienced we had in Liverpool with The Nowhere Boys in 2019.

3. Guns N Roses - Use Your Illusions 1 and 2
When you are young, you can explore the world with the premise of trial-error to find your own identity. This album defined me as an unconditional passionate rocker. It was also the first great band I saw live.

4. The Moody Blues - Days of Future Passed
I grew more with The Moody Blues than with Pink Floyd, It was the perfect introduction to also love classical music from my rocker mind, The first contact of a concept album.

5. 1280 Almas - La 22
In my time as a university student, I had closer contact with the social problems of my country, especially at the cultural level. 1280 Almas is a Bogota band, considered one of the greatest exponents of Colombian Rock that combines Punk or Post Hardcore fused to Latin and Afro-Carribean rythms such as Salsa and Ska. Their speech mix the social aspect with the invitation to brotherhood and joy.

What do you want to say to fellow Musicians around the world?

I thought I wasn't going to have any musical achievement for starting late. But the key is to get clear objectives in your life, to persist until you reach them.
Personal satisfaction must be the main goal, that your close friends and family feel proud of your triumphs, in order to die peacefully. Doing thins with honesty and passion, in addition to giving you personal satisfaction, will give you more great friends all over the world, just as I did by having my dear interviewer as a close friend. 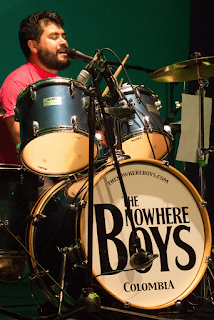 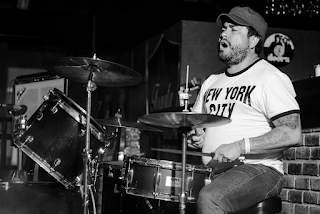 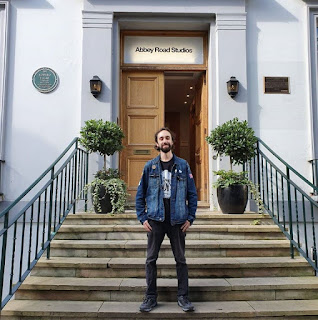 Hola Lads!
We were back again, Today interviews is from Colombia, my dear friend Juan Sebastian Garcia, Guitarist for The Nowhere Boys from Colombia. He plays guitar, keyboards and sing. I met Him first time in Buenos Aires in La Semana Beatle 2018, and He have great energy and attitude, and of few people who knows my Spanish name! jajajaja So let's get to know Him,
Juan! please describe yourself I am Juan Sebastian Garcia, Born in July 1987 in the city of Bogota, Colombia (That's in South America....) I have lived here all my life, at the cozy altitude of 2600 meters above sea level in the Andes mountains.  Currently I am an University lecturer, teaching Audio Editing and Audio Measurements Techniques for Undergraduate students.
How long have you been playing? What get you into music? I've been around music all my life thanks to my mom and my family. I have played piano from an early age, listening to classical music and more. Got into playing rock when I was in high school, wh…
Baca selengkapnya 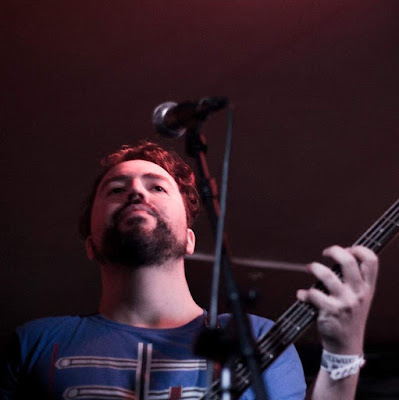 Hello Lads! with all my gigs and technical problems with my laptop, Finally I can published once again with musicians interviews, right now we will ask Nicolas Villamizar, which I know Him from 2018 La Semana Beatle in Buenos Aires Argentina, and meet again in International Beatleweek 2019 in Liverpool England. He play bass for The Nowhere Boys, who recently play in International Beatleweek 2019 in Liverpool, me and my brother and cousin said, if Nico go to Indonesia, He will instantly famous, because He will be surrounded by girls, Honestly! lol...(so don't go to Indonesia please HA!)
so Here it is..

Please describe yourself Amigo
My name is Nicolas Villamizar, born in 1980 in Bucaramanga, Colombia in South America but I've lived most of my life in Bogota (the capital of Colombia). I am a musician and I work as a High School English teacher, I am a massive geek.

How do you get into music? How long have you've been playing?
I guess music caught me very early on, my birth father…
Baca selengkapnya 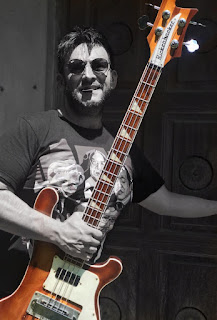 Lads!, We're back again, I have busy busy schedule, Practice and playing gigs, but now I am back! So Today interview is my good friend from Argentina, Cristian Luna! Very kind and friendly person, and play almost everything, He have in his house Guitar, Bass, Piano and drum. We met after I play in first day of La Semana Beatle 2018 in The Cavern Buenos Aires Argentina, we have good chat and trading cigarettes haha

so here it is,

Hola Cristian please described yourself,
My name is Cristian Luna, I was born on April 7th 1982, I am 37 years old, I live with my beloved cat Maggie in Buenos Aires, Argentina.

How do you get into music?
I started music from the age of 7, When I went to the conservatory to study piano and many years later, I would start with my other passion, the Bass Guitar, and also to sing, although I never learn to sing, I'll try to do my best everytime I sang.

Do you have favorite musicians or role model?
My highest idols are The Beatles, Their lyrics and individual act…
Baca selengkapnya

adebrata
I am a drummer, self employed, Playing drums and travelling around the world.